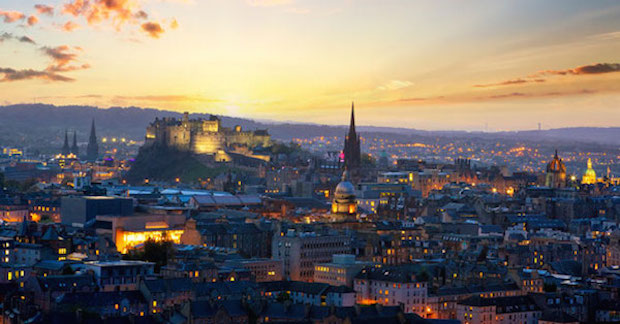 The property market is almost always very expensive and hard to get on to in large cities, especially if that city happens to be a capital but Edinburgh is different.

Our gorgeous city was recently named ‘the best city in the UK’ for standard of living. With its big green spaces and rich architecture, you can’t blame anyone for wanting to live here.

Here are just some of the reasons that Edinburgh is the best city in the UK for buying or selling property.

The common misconception with living in Edinburgh is that the cost will be through the roof (pardon the pun).

But house prices are relatively cheap compared to other major UK cities such as Birmingham, Manchester and London.

It’s a big advantage to potential buyers when the perfect property can be found at sometimes half the price of what they expected.

The Edinburgh property market is a buoyant one but buyers can expect to get far more bang for their buck than they would in several other cities around the UK.

You will always expect the cost of living to be higher in a capital city but Edinburgh competes pretty well in this category.

As of April 2016, Edinburgh was ranked seventh of 12 comparable UK cities for cost of living and 23rd in Western Europe. In short, it’s not cheap but the cost of living certainly isn’t prohibitive and it fairs well against rival cities.

When selling your house, remember that potential buyers often look to statistics such as the crime rate to help them find out more about the area.

The higher the crime rate, the less likely a potential buyer would hunt for houses in that area (obviously).

For sellers in Edinburgh, the crime rates are on your side as the city has been categorized as a ‘low’ threat for burglaries and robbery.

When it comes to selling Edinburgh to buyers from outside the area, it’s not very difficult, is it? Just look at the place!

There are few cities anywhere in the world that can boast Edinburgh’s majestic architecture and enchanting history.

Of course, Edinburgh is a thriving modern city too and boasts world-class shopping, restaurants and leisure activities.

Edinburgh has big benefits, no matter who the buyer. Families, investors, elderly couples, younger couples, there really are drawcards for everyone.

Looking to buy or sell in Edinburgh? Talk to VMH today – one of Edinburgh’s most respected property solicitors.

Contact us here to learn more about how you can #MoveWithVMH!